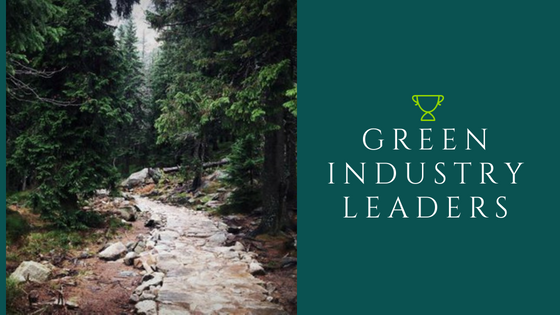 Climate change has increasingly become one of the most significant topics over the last decade. It has been over 13 years since the Kyoto Protocol was put into action which united the world in addressing global warming and ultimately raised public awareness about the issue. In the years that have followed the implementation of that treaty; climate change has become a prime issue in both national and global politics, being environmentally conscious has permeated through youth culture, and perhaps most importantly, large companies have made a serious effort to become “green”.

Despite their relatively large amount of greenhouse gas emissions, Apple is an example of a company that has made a conscious effort to become more green and has actively worked towards that goal. In 2014 after reporting a carbon footprint of 34.2 million tons of greenhouse gases that year, Apple stated in their report that “We do not want to debate climate change. We want to stop it”. By 2016 Apple was able to reduce their carbon footprint by nearly 14%. Apple was able to achieve this by committing to using renewable energy sources, using materials such as aluminum that were created using hydroelectricity rather than fossil fuels, and designing their new products to use significantly less energy.

What Does it Mean to be Green?

At their core, a green company is one that consistently makes a conscious effort to conduct business in a way that benefits society and the environment. A green company takes a “triple bottom line” approach which means that they are equally concerned with people and the planet as they are with profit.

A green company will make business decisions such as; utilizing safe ingredients in their products, ensuring their facilities are not polluting the air or water, conserving water in both their practices and their products, reducing waste and energy consumption, and offsetting any carbon emissions they output through methods such as planting trees.

An example of a truly green company is Patagonia. Patagonia Inc. is a clothing company founded by rock climber, environmentalist, and overall outdoor enthusiast: Yvon Chouinard. Founded in 1973, Patagonia is a company that has always made business decisions to be socially and environmentally responsible and these decisions are what shaped Patagonia into the green company it is today.

In 1985 Patagonia began donating money to environmental groups, something they still practice today. Patagonia is committed to funding at the grassroots level in countries and communities where they have people on the ground.

In 2011 Patagonia bought their now-famous “Don’t Buy this Jacket” advertisement in the New York Times that tells customers that they are just as concerned with environmental bankruptcy as they are with corporate bankruptcy.

In this advertisement Patagonia encourages customers to only buy what they need and explains their “Common Threads Initiative” which gives customers resources to repair and eventually recycle their Patagonia products. You can see that advertisement here.

What Patagonia is dong for the environment is inspiring and has established them as a model green company.
While not every company can afford to practice the same methods as Patagonia, many can take inspiration from them.
In fact, many businesses in a variety of industries are doing what they can to be green.

General Electric is one of the world’s largest providers of power generation equipment and is making strides to become a leader in energy storage as well. In 2014 GE introduced a microgrid demonstration project with PowerStream Inc. in Ontario. GE’s microgrid integrated renewable energy resources with conventional fossil-based generators, reducing the total cost of energy and maximize the use of renewable assets to reduce greenhouse gas emissions. GE continues to develop partnerships and new methods such as their low-emission diesel-electric hybrid locomotives. These practices will allow GE to become more environmentally-friendly and reduce their greenhouse gas emissions.

Shell is one of the six oil and gas “supermajors” and one of the largest companies in the world. A company this large will inevitably impose an impact on the world, but Shell has realized this and has made a conscious effort to reduce their negative impact. Shell has been researching hydrogen, biofuels, and electrical activities and plans to spend $1 billion per year on its New Energies divisions by 2020. Additionally, Shell has been developing methods to reduce emissions to ensure air quality, develop technology that minimizes the use of fresh water and promote biodiversity. Since 1992 Shell has been making efforts in land conservation and has helped to conserve over 31 thousand acres of land in Canada to date. These efforts by Shell will reduce their environmental impact and help to offset their carbon footprint.

They work to educate their customers about water conservation by giving them information about the ideal watering window which allows lawns to absorb the most amount of water and reducing waste by evaporation.

They offer their customers rainwater harvesting equipment to minimize the amount of water they use as well as irrigation audits. Irrigation audits provide individual assessments of lawns to determine exactly how much water is needed in order to eliminate wasted water. Additionally, they provide smart controllers for their sprinklers that respond to local weather conditions to further promote water conservation.

Professional Irrigation Systems is an example of how a small company can take leadership in promoting green business practices.

Carrier is a world leader in heating, air-conditioning, and refrigeration solutions. Founded in 1915 and acquired by United Technologies in 1979, Carrier employs nearly 55 thousand people and serves customers in over 180 countries.

In an effort to reduce their environmental impact, Carrier has invested in high-quality air-conditioning, heating, refrigeration systems that are extremely energy efficient. Carrier’s products are so much more energy efficient that they boast how much CO2 has been saved by using their products since the year 2000 on their website.

Additionally, Carrier is working to develop more efficient planes and green buildings. Carrier is dedicated to producing products that are more energy efficient, effectively helping their customers to reduce their carbon footprint. They have been able to reduce their own greenhouse gas emissions by 34 percent and water consumption by 60 percent in the last 20 years.

Carrier continues to develop ways to green their business that has positive effects on the environment and their bottom line. Their practices are a great example of companies can become environmentally-friendly while simultaneously improving their business.

Anyone Can Work Towards Going Green

Companies everywhere are investing in green practices and discovering the benefits not only for the environment but for their business as well. Some practices require long-term planning such as investing in efficient energy systems that will reduce C02 emissions that will result in great benefits for the environment and your bottom line. Other practices are much more simple such as reducing paper use with a field service solution that will also result in significant benefits for the Earth and your level of spending.

Now is a great time to take leadership in your industry and implement green practices for your business.

Would you prefer to download this article? Get your own PDF copy by clicking here.